The Pink Panther Patrol, photographed August 4, 1990, was a civilian patrol group based in New York City, founded by members of Queer Nation and ACT UP in the summer of 1990 in order to combat anti-LGBTQ violence in Manhattan's West Village. They received notoriety when they were successfully sued in 1991 by MGM Pictures, the owner of the rights the Pink Panther cartoon. The neighborhood watch group would patrol areas, between midnight and 3 A.M. on Fridays and Saturdays, that had a large number of gang assaults on gays and lesbians. 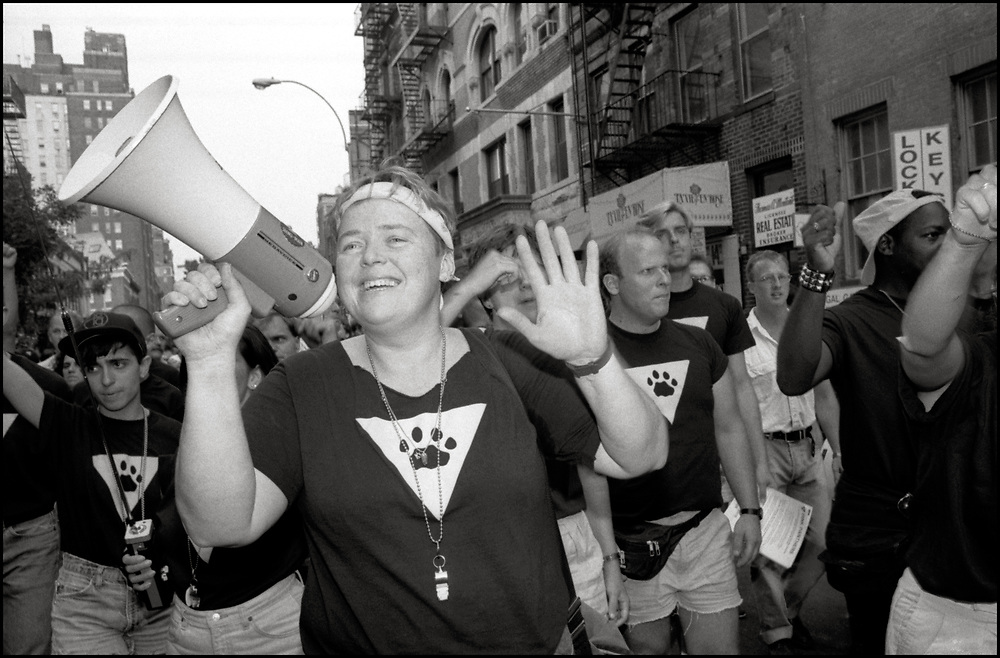