On November 8, 2019 Remove Trump joined forces with Fire Drill Fridays, Jane Fonda, Ben Cohen and Jerry Greenfield for a March To Remove Trump from the Capital to The White House. Women's March, Rise and Resist, Veterans for Peace, and many other groups came together to participate.

Along the march, Rise and Resist members carried a 600-square-foot impeachment clause banner. After arriving at the White House the banner was unfurled while a group from Fire Drill Fridays blocked one of the entrances in a civil disobedience action. There were no arrests.

In October of 2019, inspired by Greta Thunberg’s call to act like “our house is on fire” and guided by Naomi Klein’s Green New Deal advocacy, Jane Fonda dropped all of her commitments and moved to DC so that — together with Greenpeace and other movement allies — she could launch “Fire Drill Fridays,” which would be weekly protests centered around civil disobedience and a demand Congress pass the Green New Deal. 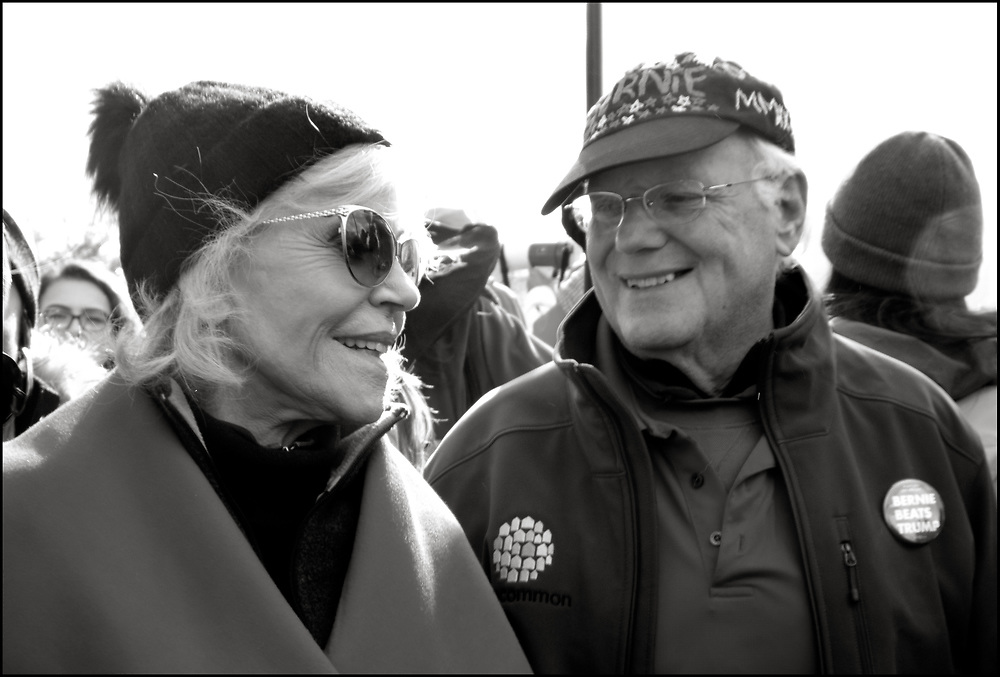